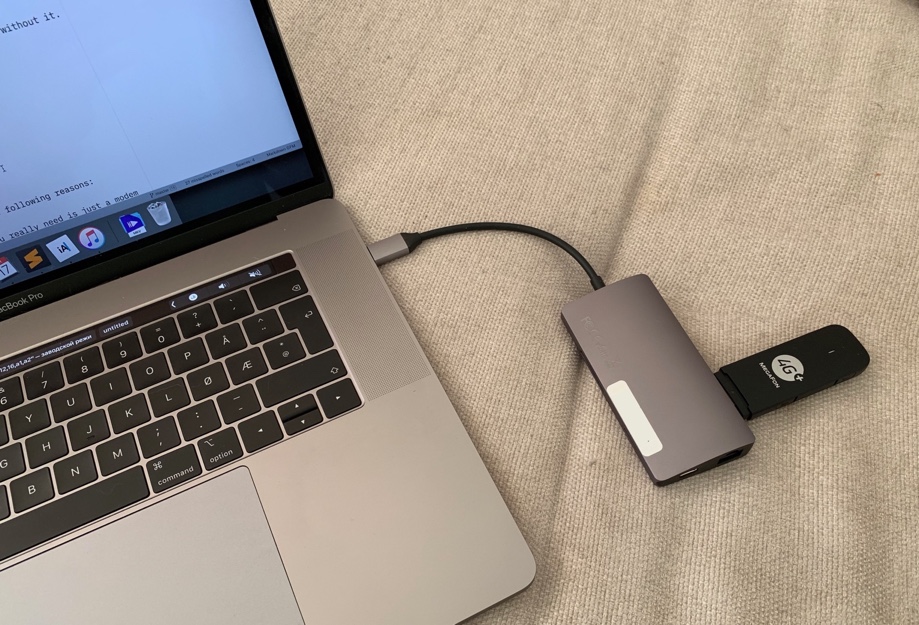 Eventually I got sick of its connection management software for Mac OS (the one that comes from Megafon), so I started looking for a way to be able to connect to the internet on Mac OS without it.

The modem itself is rather a great piece of hardware. 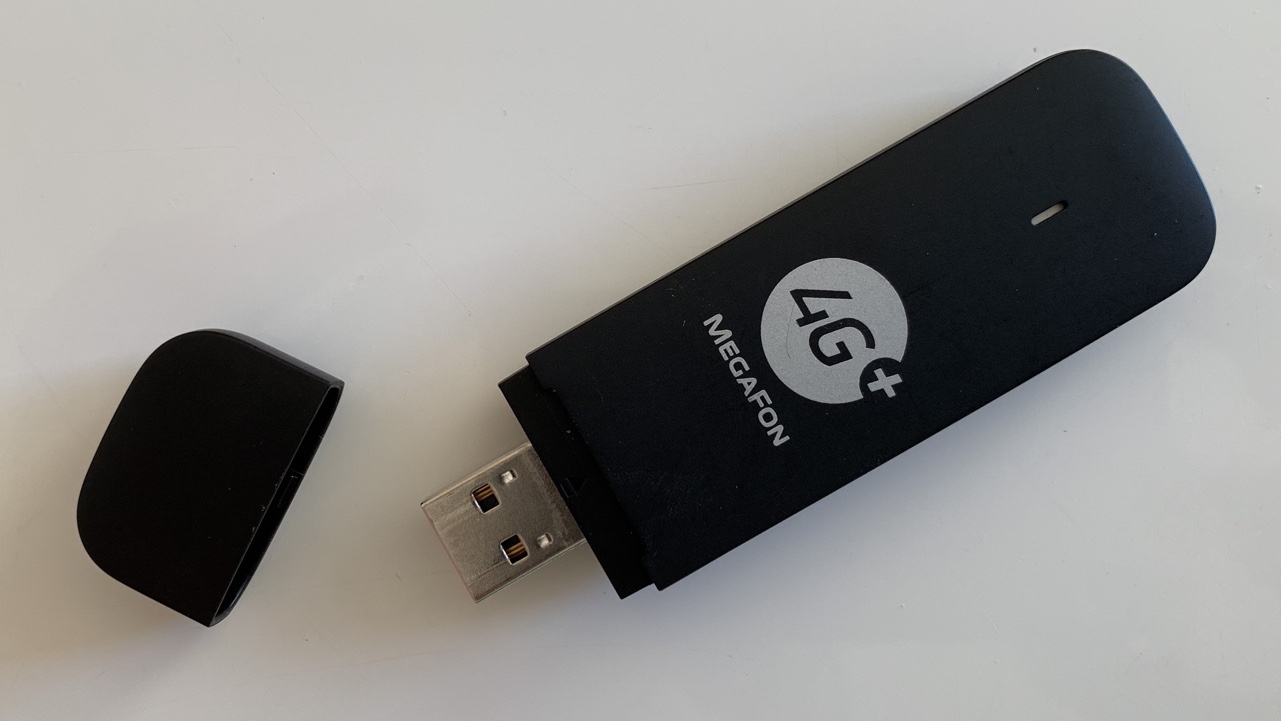 Coming in a form-factor of a USB-stick, it is capable of maintaining quite a high-speed internet connection, and apparently it supports all the international LTE standards because I was using it in several countries without problems.

On top of that it has slots for external antennas and even a slot for microSD card (don’t know what to do with it): 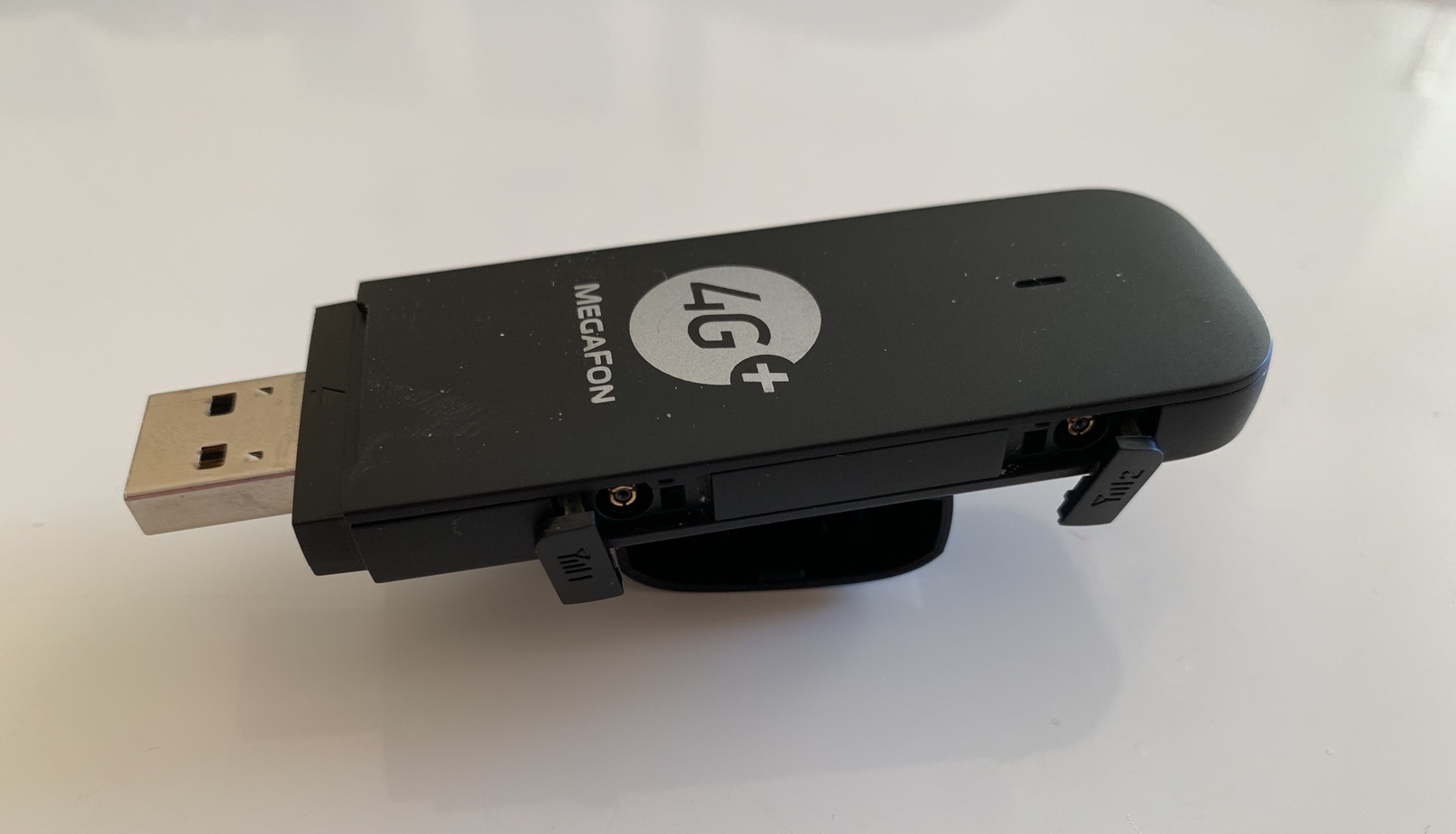 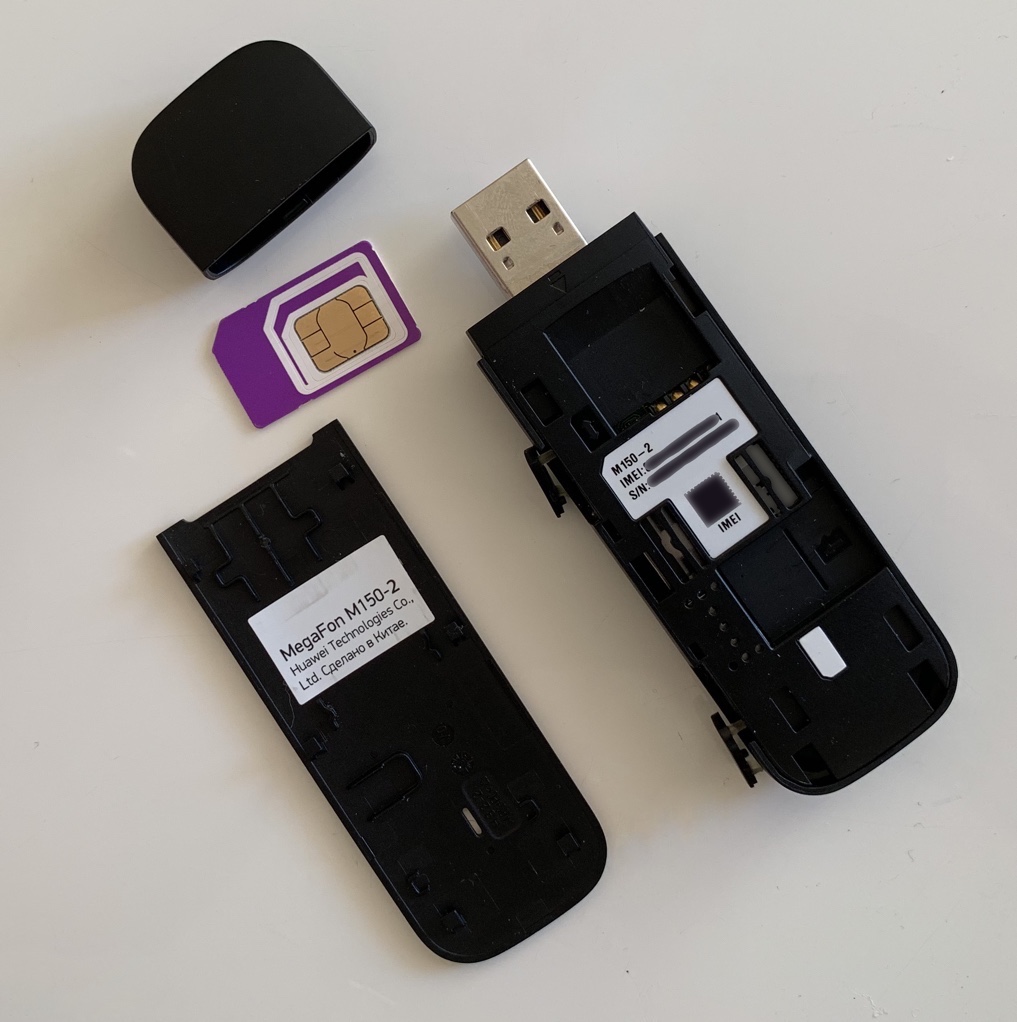 Note that it requires full-sized SIM-cards.

I bought it several years ago in Moscow at some Megafon selling point. Back then it cost me just ~700 RUB (10-20 USD?). The reason for such a low price is usually that modems are locked to a particular operator, but in my case surprisingly that wasn’t the case.

If memory serves me well, I did not perform any unlocking operations, and it just works fine with SIM-cards from other operators than Megafon. I must say, however, I never tried it with any other russian operators - the only SIM-cards I was using it with were the ones from norwegian operators (Telia and Phonero).

And it is available for purchase even today:

What’s wrong with the Megafon software

But what is wrong with the Megafon software? Well, while it does its job, after some time it started to irritate me for the following reasons:

So I started looking for a way to avoid using the Megafon software.

How to use the modem natively

The first clue was the fact that the modem works just fine with routers: 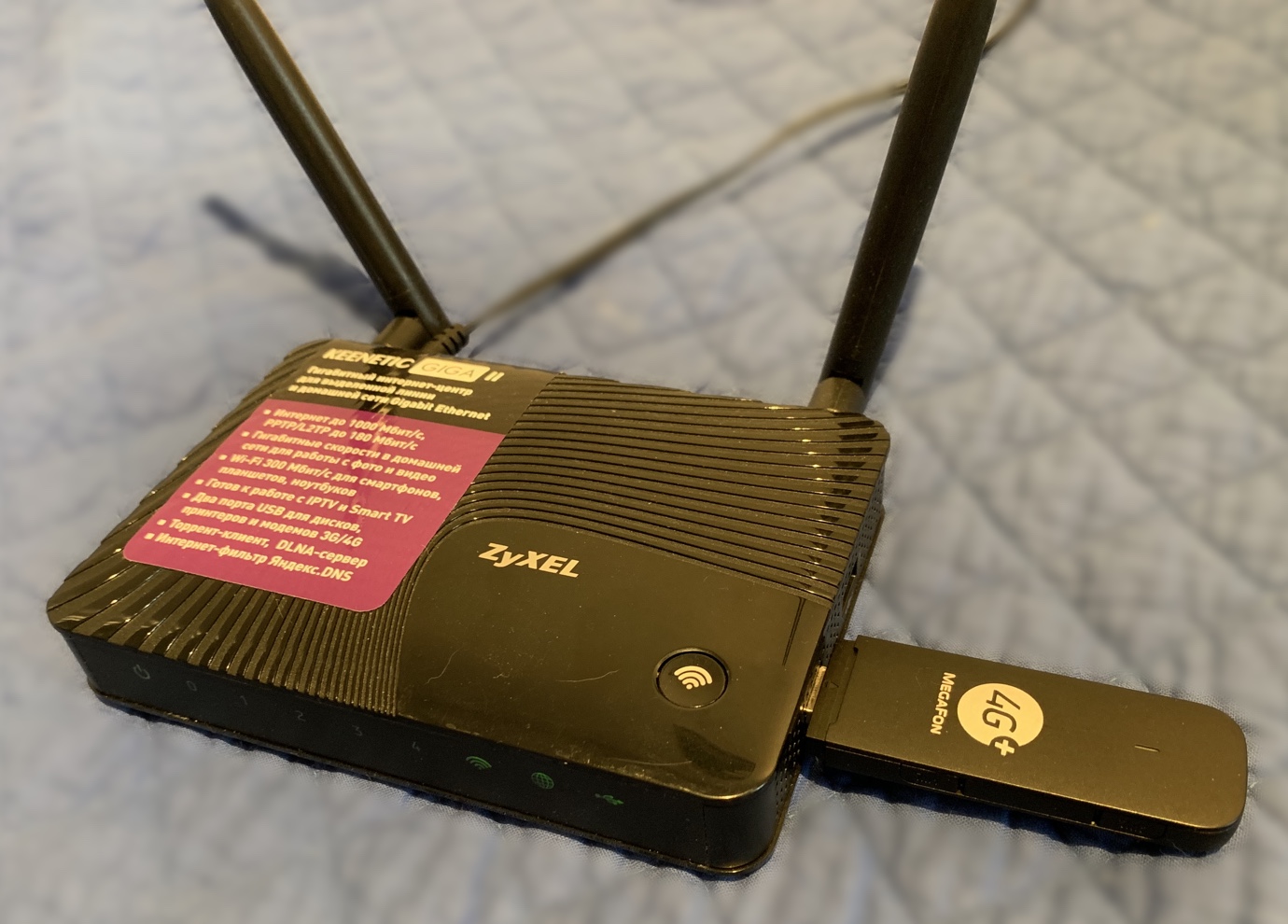 There is no need to install any Megafon software on the router for it to be able to connect to the internet via the modem, is there? So why the need in such a software on Mac OS?

After some research I got the following steps (mostly from this great topic at 4PDA and also this SuperUser answer):

Maybe it’s just me, but I’ve spent quite a some time looking for a driver. Surely, I could use the one installed together with the Megafon software, but there is no way to install only the driver, and I wanted to have a “clean” set-up procedure.

Most of links I found on the internet were dead. Of course I tried looking at the official Huawei’s website, but didn’t succeed there either.

But then in a comment section at some blog I did find a link to the working driver. And it was hosted on the official Huawei’s website! I don’t know how does one find it on his own, but here’s the link.

You don’t have to install everything, the only thing you need from this package is the driver (MobileConnectDriver.pkg):

I will be hosting a copy just in case the official link dies like the rest at some point. Note that this is a driver for Mac OS Mojave, scroll to bottom for the Catalina version.

After the installation you should get the following thing installed:

Check if the modem is discovered in the system:

I’m sure that it’s called something else and not the “dial-up mode”, but I haven’t found the correct name for it.

So, you’ve got your modem discovered by the system. Connect to it via screen:

And try to communicate with it using AT-commands. First I tried to collect some information about the device (first line in each group is the command, the following lines are the response):

From the Revision value we can see that is starts with 21, which means that the modem has the STICK firmware. The HILINK revision numbers start with 22. More details about firmware types are here (in russian).

Okay, and here’s the command to switch the modem into dial-up mode:

Connecting to the internet on Mac OS

The only thing left is to create a new network service in Mac OS. 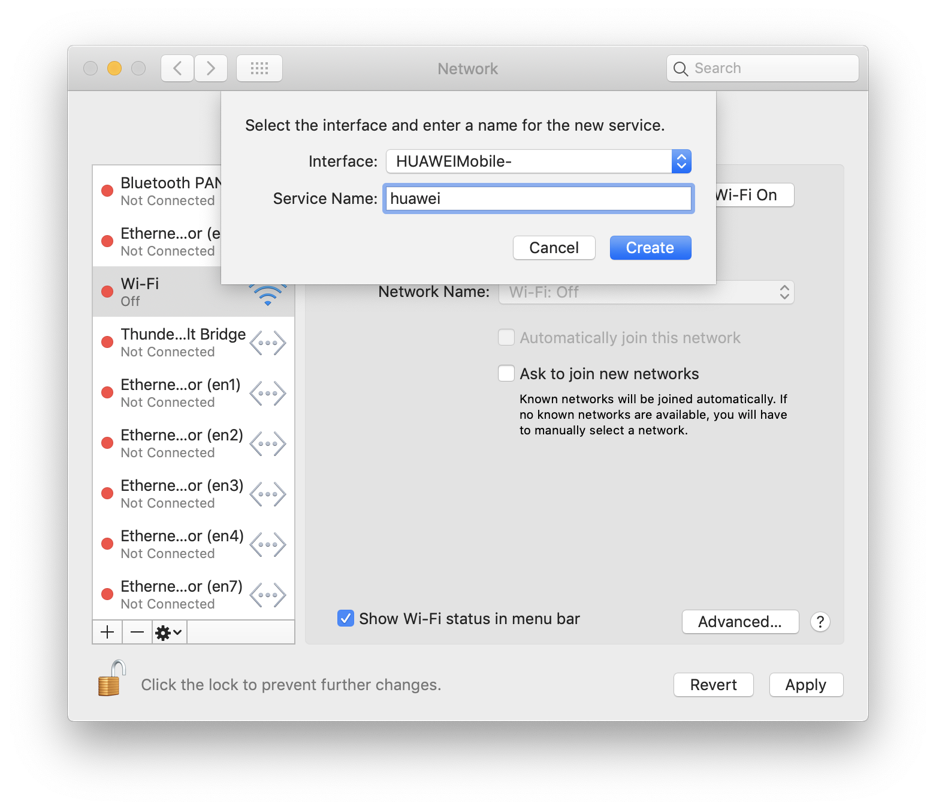 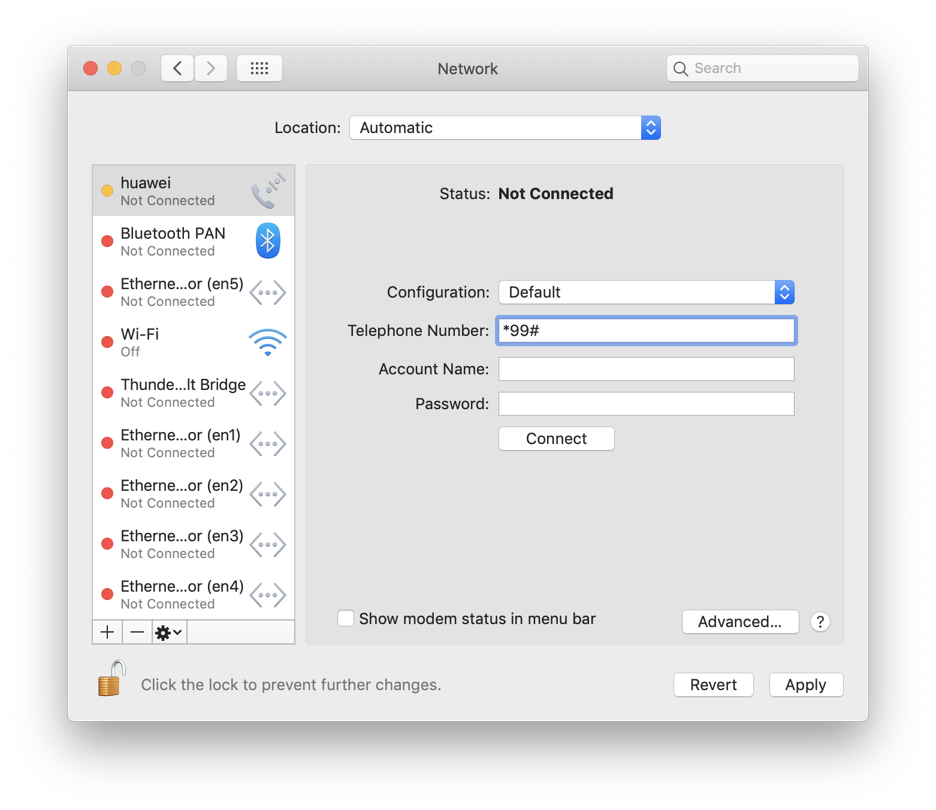 And you’re connected to the internet without any additional software, using only the native Mac OS tools: 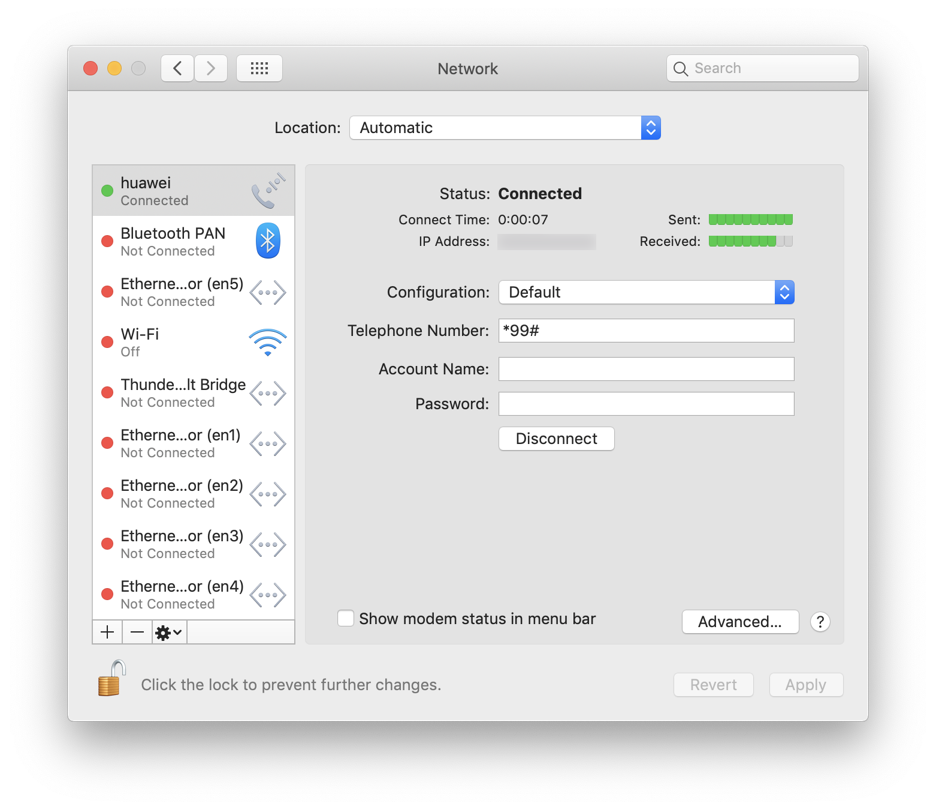 As it was pointed out in comments, the driver stopped working on Mac OS Catalina. Most likely this is because it was x32, and Catalina requires x64, so an x64 version of driver is required. That actually was one of the reasons why I haven’t upgraded to Catalina.

Fortunatelly, such version exists, and apparently has been available since at least 30.10.2019. An awesome chap shared a link on 4PDA forum. I’ll host a copy here too.

I’ve tested it on Catalina, and it works fine.

Mac OS Big Sur was released today. I installed it in the same virtual machine like the last time to test the modem, and no, it doesn’t work there.

The modem driver should have been still in the system after update, but even so, I’ve installed it again just in case (the one that worked on Catalina). Installation process went fine, didn’t even ask to allow it in Gatekeeper, but when I try to connect, it gives me this error: 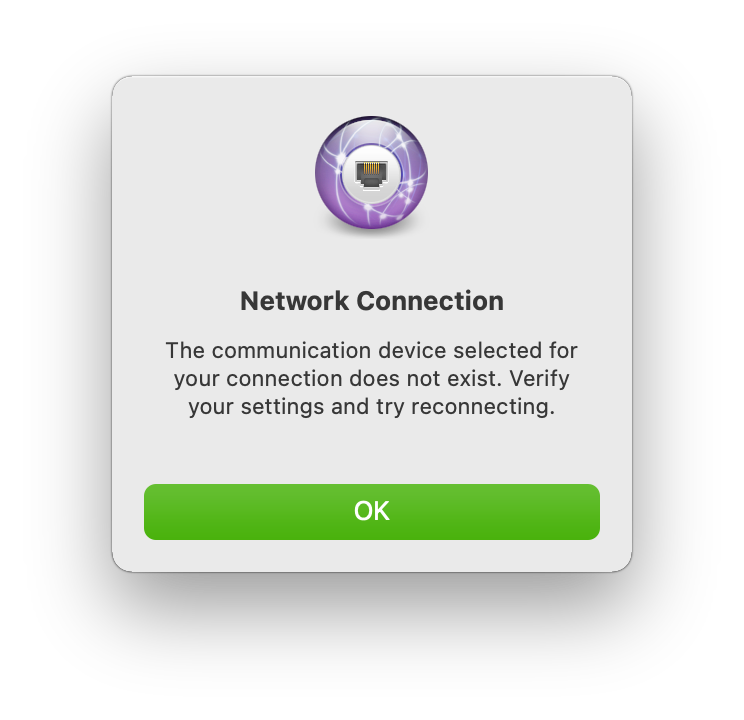 And ls -l /dev/tty.HUA* shows that it’s not there.

So yeah, fuck you, Apple, I ain’t updating to Big Sur.

I’ve sent an e-mail to support@huawei.us, but I don’t know if they will even bother to answer, because last time they didn’t. I will be also watching this page just in case.