Last week I was in London and decided to use the opportunity and finally try the IMAX format - I never watched any movie in IMAX. And also last time I went to cinema theatre more than 5 years ago (guess why I stopped), and I wanted to give it one more try. 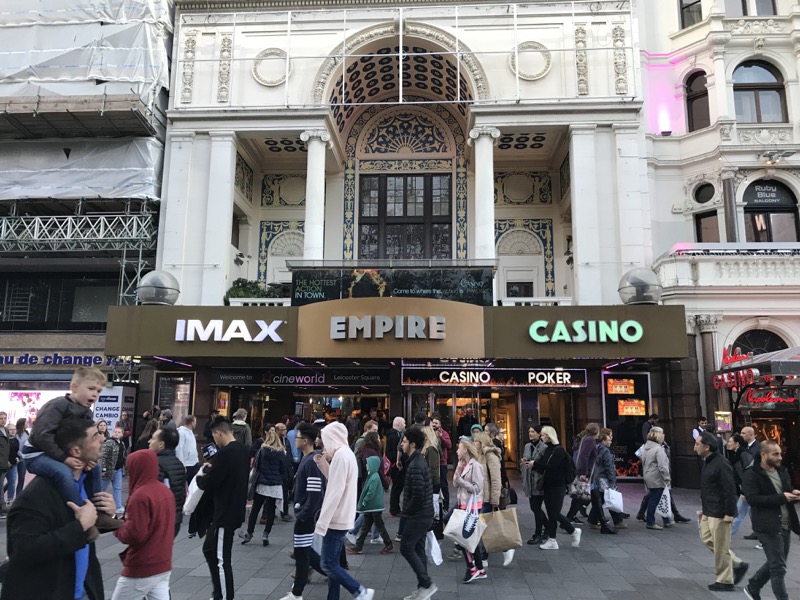 So I watched a 3D movie in IMAX format and wow - it is truly something. Although the movie itself wasn’t really good (Geostorm), but all the special effects like explosions, space station disasters and so on were looking really impressive or even overwhelming. Basically, I got much more pleasure from effects rather than from movie.

I definitely recommend everyone to go watch any AAA-big movie in IMAX cinema (preferably in 3D) - that’s such a great experience (even if the movie itself is stupid).

Now to the bad things. Actually, there is only one - advertisement.

I mean, what the actual fuck. I was expecting to see some trailers for the upcoming movies, sure. Perhaps, one Coca-Cola ads. That’s okay(-ish).

BUT I DID NOT FUCKING EXPECT TO WATCH ABOUT 25 (TWENTY FIVE) BLOODY ADS IN A ROW!

Fucking, seriously! It was 23-25 ads (I started to count them after the 7th) played in a row. I went into the watching room at 15:15, then at 15:20 (the movie start-time by schedule) first ads started to play, and the movie itself started to play only at 15:48, so FOR 28 (TWENTY EIGHT) FUCKING MINUTES I WAS WATCHING BLEEDING ADVERTISEMENT!

Are you fucking serious? I paid 24 pounds to watch the movie, and you feed me with a half an hour of ads?

And it wasn’t even upcoming movie trailers! No, sir, movie trailers constituted only about 25% of this shit-show, and the rest was commercial ads! Drinks, food, insurance, some other stupid services, shitty games (are you frigging serious about advertising games in cinema?), etc. And some “products” were advertised several times! They literally played the same ads more than once - that’s how big of a worthless piece of shit they believe you are - “…play some more garbage for this stupid cunt. Coming into cinema in 2k17, what a sorry wanker he is”.

So, considering the price of Blu-Ray discs and the quality of movies nowadays, I have no choice but the obvious one.