…Well, you can, but only with auto-discovery search, you cannot specify the IP address of projector. And it wasn’t an easy way to discover this.

So, you have a projector connected to network. And you want to present your screen on that projector via network (fuck this HDMI/VGA mess). It’s a really convenient feature, and you can do it on Windows by pressing hotkey Win + P.

The thing is - Windows looks for a projector with an auto-discovery search, but it might fail to find it that way. The other option is to specify IP address of the projector manually, so Windows would connect directly to this particular projector (and it’s actually faster than scanning the whole network).

Windows 7 (and Windows 8, apparently) allows you to do that with no problem: 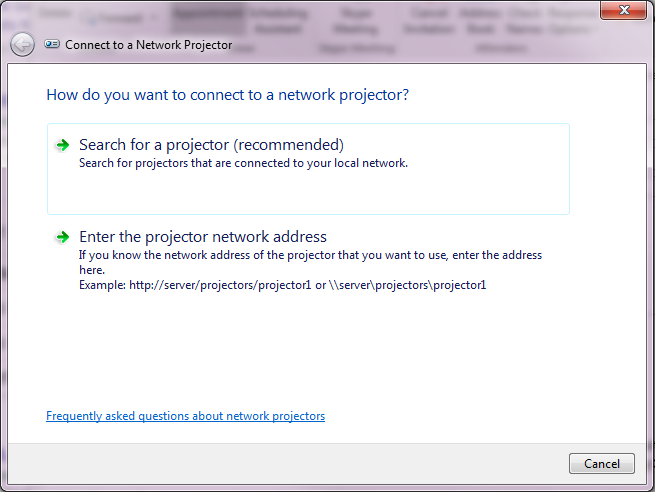 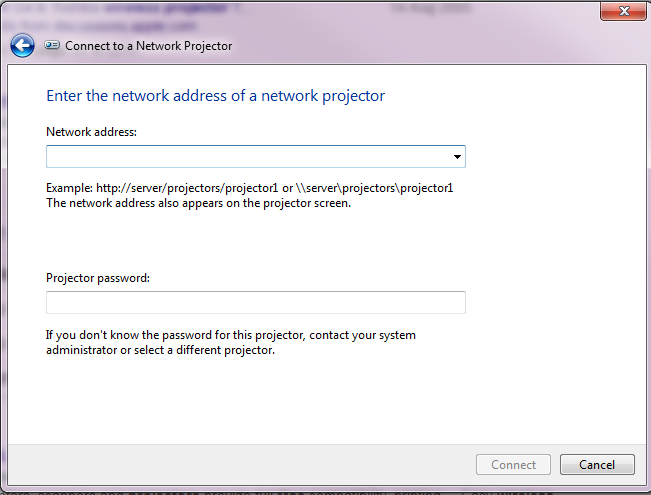 However, I couldn’t find such possibility in Windows 10. I thought, how can it be, maybe I missed something? I even created a question at Stack Overflow, but it turned out that nobody knows where to find this in Windows 10.

Okay then, I decided to ask official Microsoft support. Surprisingly, they answered in an online-chat pretty quickly and even without asking any questions about my Microsoft account or my license information. Apparently, Microsoft provides support for free for everyone? I didn’t know that, it’s very cool of them, but let’s get back to the problem.

Here’s my chat with the first one. I’ve spent some time to get her to understand my question, as you can see. But then she right away tried to ditch me to the projector’s vendor documentation/support. Having failed that she used the “update” trick (implying I have an obsolete version of Windows, which I did, but that wasn’t the issue), and not only that, but she assured me that the desired functionality is available in the latest version of Windows. I said, okay then, I will update, but send me step-by-step instruction (how to connect to a projector by IP address) for this version then, since you are claiming that it has what I want. But she sent me an e-mail with just an instruction for how to update Windows. Thanks a lot. And needless to say that after I’ve updated my Windows to the latest version it was still lacking this functionality. So the official Microsoft support specialist lied to me :)

Okay, I came back to the support page. That’s my chat with the second support specialist. This one was smarter that the previous one, but again, she tried to ditch me to the projector’s vendor docs/support, and I evaded this maneuver second time. After that she actually did some research and finally provided me the answer, that in Windows 10 the only way to connect to a network projector is the auto-discovery. And then she gave me a link to apparently her source, and it was just Microsoft forums - you can hardly call this the official source of information. Is it the place where all the Microsoft’s support specialists look for answers? Not really reassuring, if so.

So, in order to get an answer to a pretty simple question, I had to spend about an hour of my time and talk with 2 different support specialists.

Regarding the problem itself - what was the point to delete such functionality in Windows 10 since it was already implemented in previous versions? Where is the logic in this?

Anyway, I created a corresponding feature-request at their Feedback Hub, but I doubt it would even get noticed. And I would’ve shared the link to it with you, but this silly thing doesn’t support sharing.

…Oh, and by the way - Mac OS doesn’t have the ability to connect to a network projector at all: neither via direct IP-address, nor via auto-discovery. You are doomed to use cables (so much for being “wireless”, huh).