I have some .avi videos in my photo archive on the external HDD. I decided to import them to iCLoud Photo Library in order to keep them safe. But Photos.app doesn’t accept .avi, so I needed to convert them into .mov.

Of course, FFmpeg is a default choice for such task. But I have quite a lot of .avi files, and I don’t want to call FFmpeg for every each one of them from terminal, I want to select several, right-click on them and just select something like “FFmpeg this”.

And that can be done with Automator.

And that’s how you do that. Launch an Automator and create a new Service: 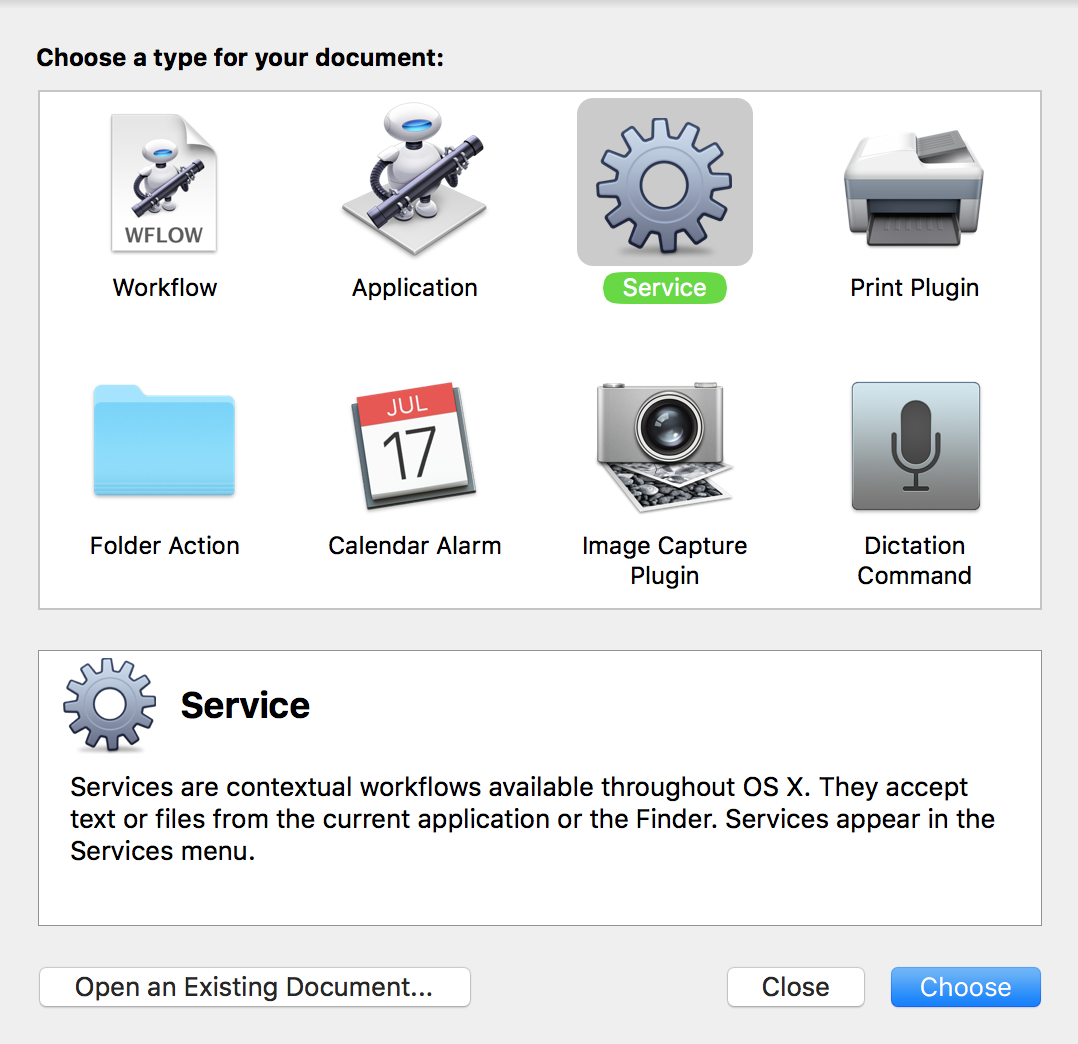 Change receives to “files and folders” in “Finder.app”:

The contents of the script would be as follows:

Logging script I described in another article. And afplay is a console tool for playing audio.

The only thing left is to display a notification. To include a number of converted files (fcount from return statement of AppleScript) into it, you need to add a transitional step for creating a variable (action Set Value of Variable) and passing it to final action Display Notification. 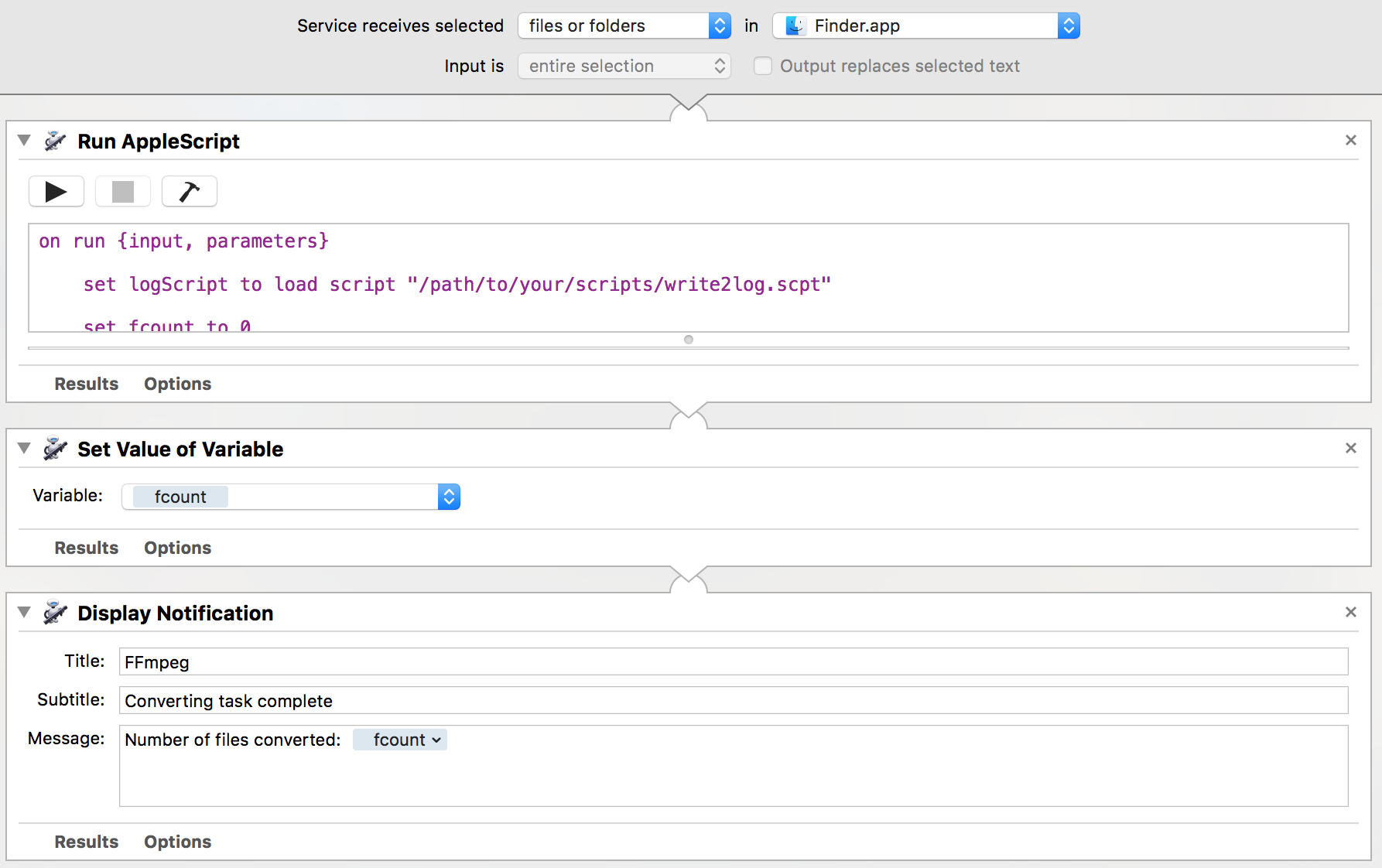 Now you save it with the name “FFmpeg this”, and it will be available under Services menu in Finder:

In this example the sound is played in the same moment the notifications is shown, which is not true, bacause these events go one after another as it clearly follows from the workflow. I made it like that just for the sake of understanding.

So, in this article I showed: